The Aquarian World Alternative: a 13 steps’s solution to the Planet

Today, more than ever, the solutions to the problems of the planet, will have to come from the unity of all beings who live there. This is the motive for this proposal for development called The Aquarian World Alternative. It is based on a political movement which simultaneously, in all countries of the planet, promotes the same ideals and identifies with the same symbol. This movement could well be called «Another world is possible», in reference to this well known movement and its successful slogan.

There are multiple reasons why this movement has to be born simultaneously in all countries, the more the merrier. On the one hand, as noted above, the solutions to the problems faced by each country (energy, water, food, finance, environment) can not be addressed independently. Countries all ove the World are, for better or worse, beset with similar problems. What mustn’t continue is fighting amongst ourselves, different countries, because of dwindling resources. On the other hand, the European Union’s demonstration of forceful unity, that human beings from different countries and cultures have come to agreements to share and progress together, has had a tremendously positive impact for hope among the citizenry. This tends to get more countries to jump onto the wagon, because success in one country will have an impact on another. Hope then resprouts in the faces of all on earth and this alone will lead to problem solving.

Each country’s particular problems should be left aside whilst a series of common issues, already well addressed in various countries and social and spiritual communities, are to become a basis of this proposal. In this way, all should naturally integrate into one common and comprehensive policy.

Herein this proposal, termed the Aquarian World Alternative, (AWA, in acronyms, the way the newspapers like it), that should be centrepiece amongst proposals to the World Social Forums.

1- Declare Peace unilaterally on the planet, proclaiming humanity (in lowercase) as a priority amongst all beings and brotherhood between all humans. At the same time, borders between countries would be lifted and the need for passports nullified. As utopian as this may seem, this solemn Declaration would clearly reveal those who do not want peace and at the same time lead to the emergence of a new political subject: Humanity, (this time yes, capitalized).

2-This would lead to the creation of a constituent of the United Nations or an organization to replace it entirely. Citizens would elect directly their representatives in this global governing body, including the General Secretary. In this shake up all the contubernians and degenerates running the show, whom we have had to tolerate for centuries, will all come out in the wash. The Court of the Hague would lead a global investigation into the role of secret societies in world politics.

3- The monetary system would return to the gold standard-as a first step towards the implementation of a Global Economic Security and Recuperation Act (GESARA). This Act would amend the economic model of the planet, the tax on individual’s incomes, and above all, put back the power of issuance of debt-free currency into the hands of each country’s representative governments. Abusive taxes and usury or debt-slavery would be eliminated. Up till now bankers deduct their “cultural” and other “social” activities from their tax burden. Banking would have to become ETHICAL. to each soveirn rate and returns to public finances power of issuing currency. It will leave the income tax and abolish usury, preventing, therefore, that bankers desgraven their profits through acts «cultural»: banking must be ETHICS. A single global currency would be created that would allow for an easy and cheap exchange medium for any and all national currencies and tend to equalize living conditions for all.

4 – The arts, culture, media and education shall be reaimed at raising consciousness. Therefore, educators and journalists should reorientate their work towards this lofty goal. The media and public schools shall amend their programs to accommodate this precept. These new media broadcast over the Internet thanks to awaiting technologies such as the proposed satellite systems ROSAE-MIRIAH, , now being negotiated by U.S. defence and intelligence agencies. The systems inventor, the aerospace engineer Bill Grisham, wishes to donate his discovery to all humanity. (www.billgrisham.us and www.theallseeingeye.org ).

5 – Planetary Human Beings shall be harmonized with galactic cycles by the adoption of a unified calendar for the entire planet, of a lunar base, such as the Mayan 13 moon calendar. By unifying their calendars and harmonizing them with the rhythm of the cosmos, Time will cease to be considered as money and will become Art.

6-The power all Human Beings have over their own minds will be restored to them for self-healing and integration of all disciplines related to harmonic vibration, both traditional (Chinese, Ayurvedic, chamanic), as well as modern (based on electromedicines) as well as today’s so called “official» medicine. Health care for all human beings on Earth shall be accessible and inexpensive for all. It shall be expressly forbidden for pharmaceutical companies to interfere in public health.

7-Free software such as FOSS shall be distributed globally as a basis for the spread of Internet access for all humanity. This will enable the extension of knowledge to individuals of all countries and the equalization of opportunities.

8-The world’s religions should accept the existence of one God, expressed in many different ways and work towards their integration. No religious conflict could arise once The Aquarian World Alternative is adopted.

9-There shall be widespread development and implementation of renewable energies, with special mention for the free energy projects such as those supported by the research and teachings of Nikola Tesla. The censorship of all existing means of energy production shall be lifted so as to allow for non-polluting, autonomous and diverse electric generation.

10-Urban planning around the world should evolve with a progressive return to nature, endorsed by revolutionary new means of transport such as the “Skytran” system, for linking the technologically advanced and sustainable communities to be created.

11-Nature shall be deemed as «heritage of all humanity» and not merely a few enclaves as in the past. Remaining problems with water and resources, shall be dealt by treaties within the framework of local bioregions, tackled by the whole of mankind.

12-Differences between customs and behaviour between men and women and between different cultures shall be respected and considered as the planet’s most valuable resource in and of itself. In turn, the free will of each human being and the intrinsic value of each individual shall be respected. Special importance will be given to indigenous cultures, knowledge of which will be disseminated among the new media.

13-Through this solemn declaration, the people of Planet Earth shall be allowed to make contact with peaceful civilizations of other galaxies. Censorship of the UFO phenomenon shall be lifted and replaced by the «decade of contact». (www.disclosureproject.org) (www. exopoliticsinstitute.org.)

Apart from the aforementioned, each country will undertake its own necessary steps in local politics. The Aquarian World Alternative only intends to serve as a general framework for the world’s future that is already present. 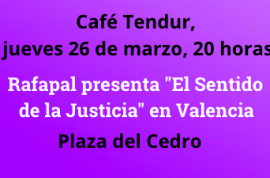 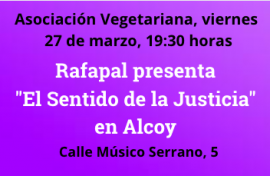 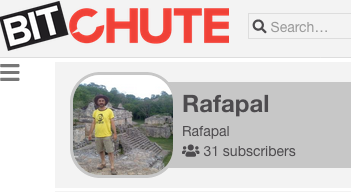 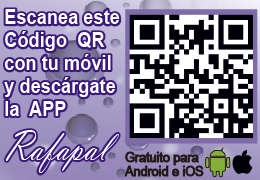